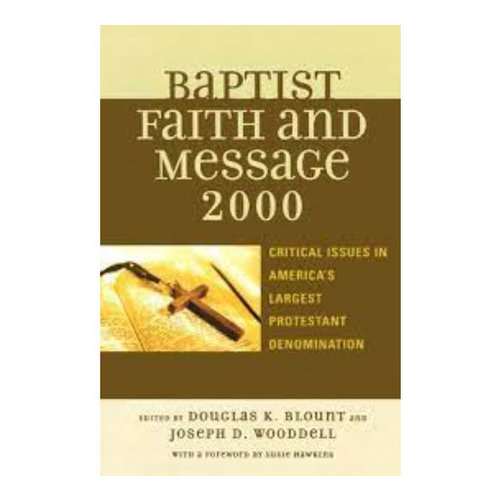 Southern Baptists are the nation's largest protestant denomination, with over 43,000 churches and millions of members. Since its inception, controversy has surrounded the Baptist Faith and Message 2000, Southern Baptists' most recent confession of faith. The present volume consists of essays by Baptist scholars explaining and defending that document. Each of the 18 articles of the BF&M 2000 is addressed, with special attention to the most critical issues and changes from the denomination's 1963 confession. Also included is an appendix comprising the full text of all three Baptist Faith and Message statements from the 20th century (1925, 1963, and 2000), in side-by-side columns for easy reference and comparison. Contributors include Al Mohler, Paige Patterson, Tom Nettles, Dorothy Patterson, E. David Cook, and C. Ben Mitchell, with a foreword by Susie Hawkins. Brief yet comprehensive, detailed yet accessible to the non-specialist, this volume is a must read for Southern Baptist professors and students, staff and church members, and anyone interested in one of the most powerful religious forces in America.