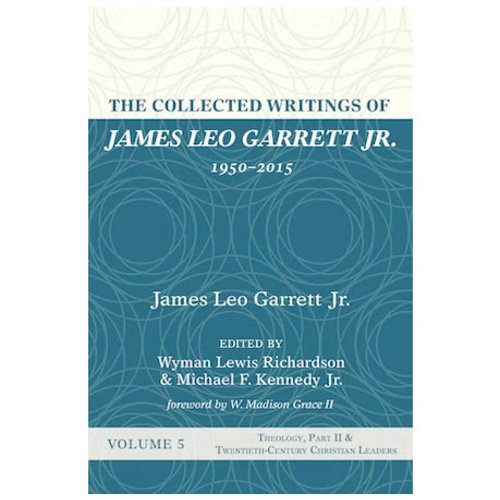 James Leo Garrett Jr. has been called "the last of the gentlemen theologians" and "the dean of Southern Baptist theologians." In The Collected Writings of James Leo Garrett Jr., 1950-2015, the reader will find a truly dazzling collection of works that clearly evince the meticulous scholarship, the even-handed treatment, the biblical fidelity, the wide historical breadth, and the honest sincerity that have made the work and person of James Leo Garrett Jr. so esteemed and revered among so many for so long. Volume 6 contains Garrett's writings on Roman Catholicism, writings that arise from his own careful study of and interactions with the Catholic Church. Spanning sixty-five years and touching on topics from Baptist history, theology, ecclesiology, church history and biography, religious liberty, Roman Catholicism, and the Christian life, The Collected Writings of James Leo Garrett, Jr., 1950-2015 will inform and inspire readers regardless of their religious or denominational affiliations.