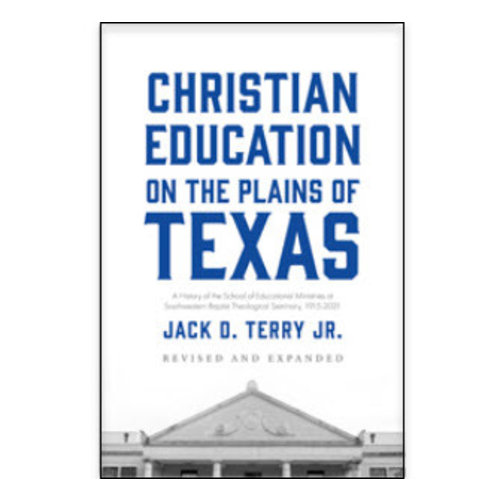 Christian Education on the Plains of Texas Revised and Expanded

Christian Education on the Plains of Texas : Revised and Expanded Edition

In 1915, Southwestern Seminary established the Department of Religious Pedagogy, which was elevated to the status of a school of the institution in 1921—the first school of religious education anywhere in the world of academia.

Christian Education on the Plains of Texas, Revised and Expanded, is a new edition of this work by Jack D. Terry Jr., a former dean of the school and its namesake.

This edition includes a new chapter with developments through the spring of 2021 in celebration of the centennial anniversary of the school and includes Terry’s personal reflections on the history of the school, much of which he has lived as a student, professor, dean, and seminary statesman.