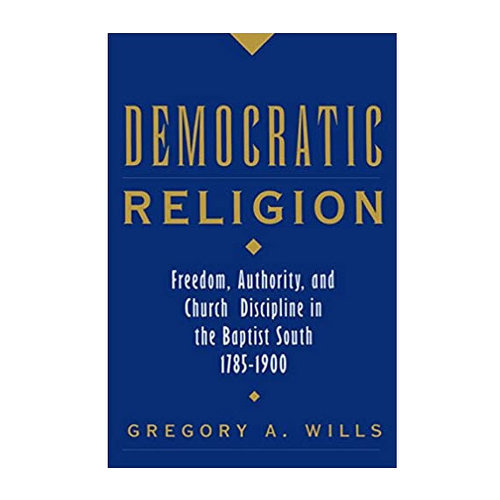 No American denomination identified itself more closely with the nation's democratic ideal than the Baptists. Most antebellum Southern Baptist churches allowed women and slaves to vote on membership matters and preferred populists preachers who addressed their appeals to the common person. Paradoxically no denomination could wield religious authority as zealously as the Baptists. Between 1785 and 1860 they ritually excommunicated forty to fifty thousand church members in Georgia alone. Wills demonstrates how a denomination of freedom-loving individualists came to embrace an exclusivist spirituality--a spirituality that continues to shape Southern Baptist churches in contemporary conflicts between moderates who urge tolerance and conservatives who require belief in scriptural inerrancy. Wills's analysis advances our understanding of the interaction between democracy and religious authority, and will appeal to scholars of American religion, culture, and history, as well as to Baptist observers.