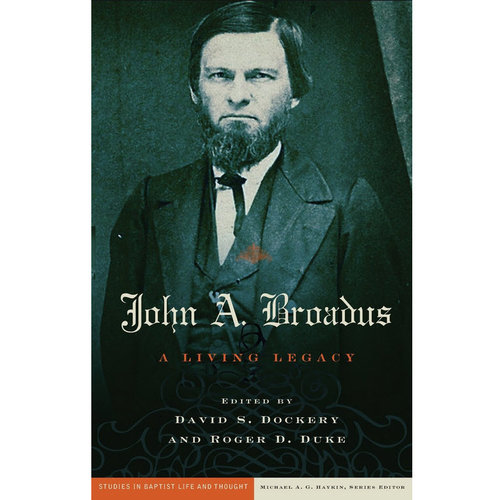 John A. Broadus: A Living Legacy

John A. Broadus (1827-1895) was a founding faculty member and the second president of The Southern Baptist Theological Seminary. He preached to Robert E. Lee’s army during the Civil War and later wrote the enduring classic, A Treatise on the Preparation and Delivery of Sermons. A. T. Robertson called him "one of the finest fruits of modern Christianity." Charles Spurgeon deemed him the "greatest of living preachers." A. H. Newman described Broadus as "perhaps the greatest man the Baptists have produced."

Indeed, the legacy of Broadus lives on today, reflecting a model author, teacher, preacher, scholar, seminary leader, and denominational statesman. This timely new biography, a collection of ten independently contributed chapters that address his work from various angles, presents Broadus as a shining example of balance, careful thinking, and biblical faithfulness in a season when Southern Baptists are seeking to re-establish a new consensus and move forward in the twenty-first century.