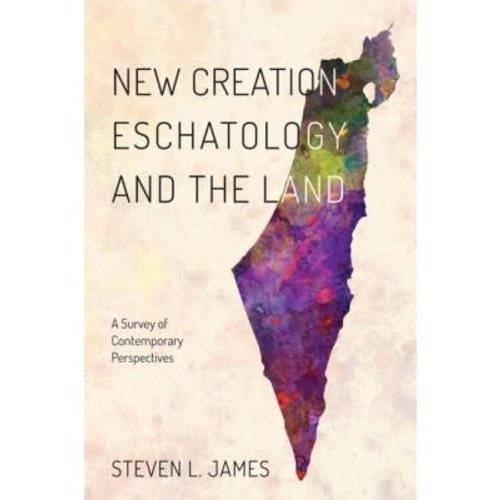 New Creation Eschatology and the Land: A Survey of Contemporary Perspectives

What will the final state of the redeemed look like? Throughout the history of the church, conceptions of the final state have tended to minimize the promise of the new heavens and new earth. In contrast to the historical dominance of spiritual, heavenly, non-temporal conceptions of the final state, the last two decades have witnessed a rise in conceptions that include the redemption of material, earthly, and temporal reality. These ""new creation"" conceptions have included proposals regarding the fulfillment of Old Testament land promises. In New Creation Eschatology and the Land, Steven L. James argues that in recent new creation conceptions of the final state there is a logical inconsistency between the use of Old Testament texts to inform a renewed earth and the exclusion of the territory of Israel from that renewed earth. By examining a select group of new creationists, James shows that the exclusion of the territorial restoration of Israel in a new creation conception fails to appreciate the role of the particular territory in Old Testament prophetic texts and results in an inconsistent new creationism. ""Reading New Creation Eschatology and the Land by Steven L. James was truly a delightful experience, much like opening a box of boutique chocolate and exploring its flavors. This book not only challenges new creationist theologians to deal with the inconsistencies of a new creation eschatology that reduces the land of Israel and its people to a spiritual metaphor, but also stimulated in me an insatiable hunger to ask more questions and explore more uncharted territory in a biblical eschatology rooted in the model prayer of our Messiah: 'Thy kingdom come!'