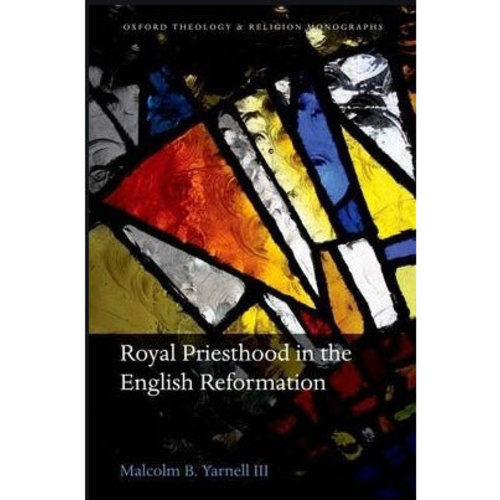 Royal Priesthood in the English Reformation

Royal Priesthood in the English Reformation
By Malcolm B. Yarnell III
Hardback

Available by special order only and must be prepaid. Please allow 2-3 weeks delivery time. Read more

Royal Priesthood in the English Reformation assesses the understandings of the Christian doctrine of royal priesthood, long considered one of the three major Reformation teachings, as held by an array of royal, clerical, and popular theologians during the English Reformation. Historians and theologians often present the doctrine according to more recent debates rather than the contextual understandings manifested by the historical figures under consideration. Beginning with a radical reevaluation of John Wyclif and an incisive survey of late medieval accounts, the book challenges the predominant presentation of the doctrine of royal priesthood as primarily individualistic and anticlerical, in the process clarifying these other concepts. It also demonstrates that the late medieval period located more religious authority within the monarchy than is typically appreciated. After the revolutionary use of the doctrine by Martin Luther in early modern Germany, it was wielded variously between and within diverse English royal, clerical, and lay factions under Henry VIII and Edward VI, yet the Old and New Testament passages behind the doctrine were definitely construed in a monarchical direction. With Thomas Cranmer, the English evangelical presentation of the universal priesthood largely received its enduring official shape, but challenges came from within the English magisterium as well as from both radical and conservative religious thinkers. Under the sacred Tudor queens, who subtly and successfully maintained their own sacred authority, the various doctrinal positions hardened into a range of early modern forms with surprising permutations.

Available by special order only and must be prepaid. Please allow 2-3 weeks delivery time.